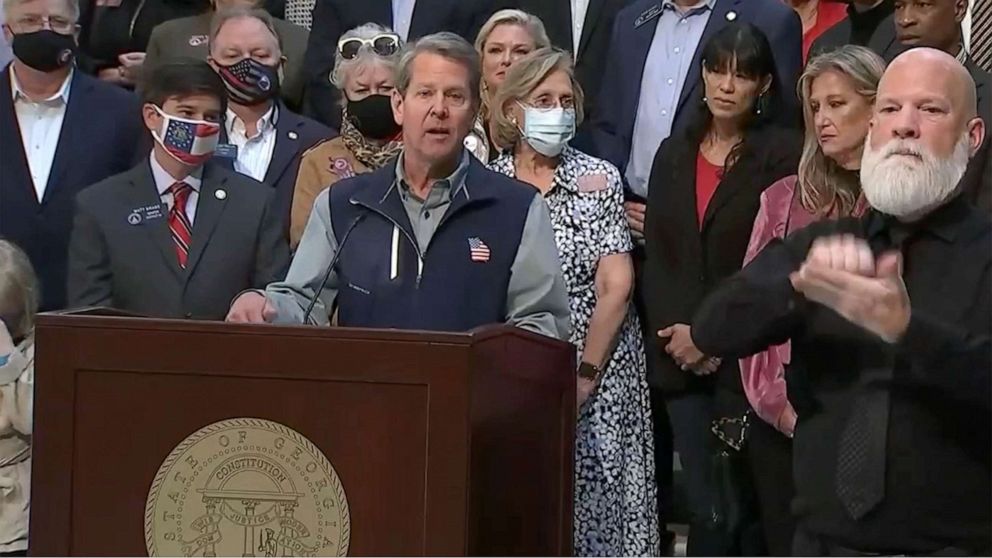 MLB's decision to move the 2021 All-Star Game out of Atlanta was clearly going to cost the local area some money, but one initial guess at the damage is pretty unbelievable.

The Cobb County Travel and Tourism Bureau has estimated that MLB's decision will cost local business more than $100 million in lost tourism dollars, according to Atlanta's WSB-TV:

“This event would have directly impacted our county and the state, as visitors spend their dollars on local accommodations, transportation, entertainment and recreation, food and retail throughout the county,” Cobb County Travel and Tourism said. “This would have been a big boost to Cobb businesses and help with recovery after the COVID-19 pandemic.”

“We are proud of the work that many community partners have dedicated to planning the All-Star Game activities,” the bureau said. “We will continue, as we always do, to show who we are in Cobb through our outreach, customer service and hard work”

MLB announced its decision on Friday, citing its support for voting rights. The league said a new site for the All-Star Game is in the process of being finalized. One report has pointed to the Colorado Rockies' Coors Field as the most likely destination.

The bureau reportedly estimated that more than 8,000 hotel rooms had been contracted for the game and will now not be needed.

That $100 million figure is only an estimate though, and could be the result of some exaggeration. Even if you were to assume that Truist Park, home of the Atlanta Braves, saw its entire capacity of 41,084 fans be visitors from out of town, a $100 million boost to the local economy would come out to more than $2,400 per fan. And that's apparently only in the affluent Cobb County, not the several other counties that make up Atlanta.

However much Cobb County is actually losing, this could only be the start of the economic hurt for Georgia and its local businesses. Several large companies, including Georgia heavy hitters Coca-Cola and Delta Air Lines, have spoken out against the bill.

The bill in question was signed by Gov. Brian Kemp last week, and has been lambasted by opponents as a civil rights outrage, with President Biden equating it to "Jim Crow in the 21st Century." The president said earlier this week he would strongly support moving the All-Star Game out of Atlanta in response.

The situation is not unlike what happened in North Carolina when it passed its infamous bathroom bill. Several large companies publicly opposed the bill requiring transgender people to use restrooms corresponding to the gender on their birth certificate, most notably the NBA when it pulled its 2017 All-Star Game from Charlotte. The bill was partially repealed a year later and eventually killed in court, but one economic analysis found that it ended up costing the state more than $3 billion in lost business over a dozen years.

GOP outcry against MLB was swift

One GOP congressman, South Carolina's Jeff Duncan, even said he told his staff to draft legislation to strip MLB of its antitrust exemption, which has been a major legal asset for the league over the year.