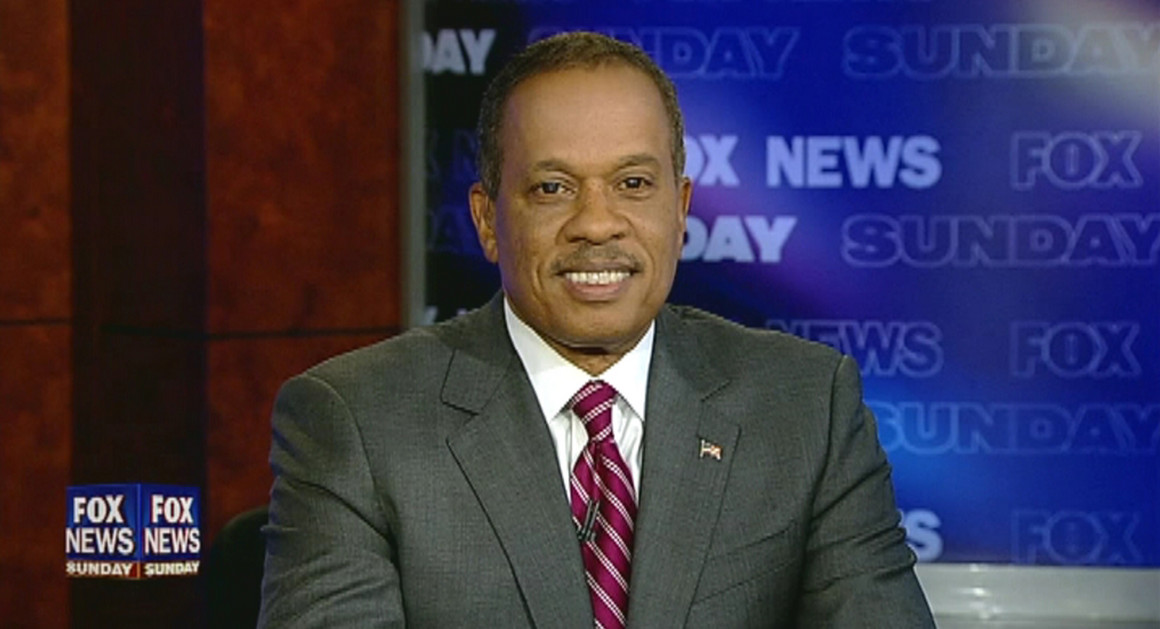 Juan Williams, co-host of The Five on Fox News, called out the network on Tuesday for its recent repeated coverage of false stories. This was in the context of discussing the unsubstantiated story that current climate czar John Kerry allegedly gave classified Israeli information to Iran when he was secretary of State under President Obama, which Kerry denies. Williams suggested using caution when reporting on the story, pointing to two recent narratives that got a lot of airtime on Fox News that turned out to be untrue.

One such story was the false claim that President Biden plans to limit the amount of red meat Americans can consume as part of his climate plan. The story was first printed in British tabloid The Daily Mail, which combined Biden’s goal of reducing greenhouse gasses with a year-old study from the University of Michigan that suggested cutting down on red meat as a way of doing just that. The story blew up among conservative groups, right-wing media and Republican elected officials at all levels of government. After reporting on Biden’s nonexistent plan for days, on Monday, Fox News issued a correction.

“To me, when you talk about, you know, ‘Oh, is this right wing going after John Kerry. They don’t like John Kerry.’ It just worries me,” Williams said. “Like last week we had the hamburger story. ‘Oh, Biden’s gonna take your hamburger.’”

Williams also pointed to another bogus story, that Vice President Harris’s children’s book was being given out at a migrant shelter. Once again, many in right-wing media, including Fox News, jumped on the story, some suggesting the book, Superheroes Are Everywhere, was part of an official welcome package handed out to every child. But in reality, only one copy of Harris’s book was given to a child at a migrant shelter in Long Beach, Calif., and that particular book was a one-time donation during a charity drive. The New York Post reporter responsible for the story resigned on Tuesday, claiming she was ordered to write it.

“Or, you know, it’s always, ‘Kamala Harris’s book is being given to immigrants.’ These stories are false,” Williams said, “but the right wing echo chamber starts going crazy because you can go after a Democrat.”

As for the Kerry story, Williams pointed out that even staunch Republican Sen. Lindsey Graham is unsure of the validity of the allegations.

“On this story, I think it’s important that you notice that people like Lindsey Graham, you know, strong Republican voice out of South Carolina, says he doesn’t know whether or not we can trust this so-called tape,” Williams said. “The State Department saying that the timeline is way off."