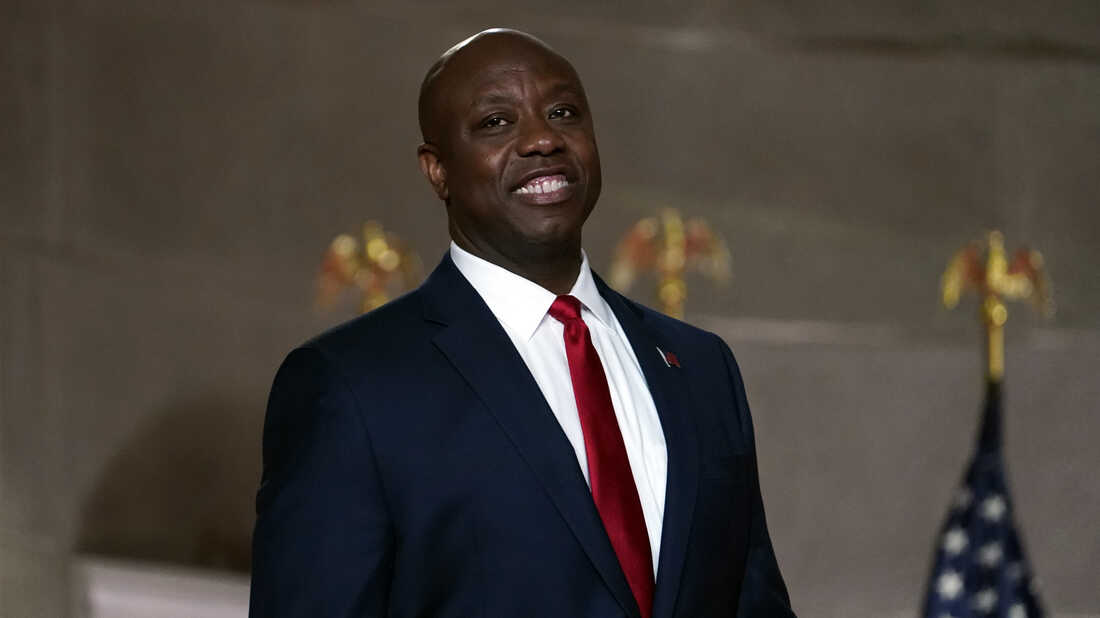 Two major policing organizations -- the Fraternal Order of Police and the International Association of Chiefs of Police -- are disputing Republican Sen. Tim Scott's account of how negotiations over a policing overhaul plan broke down last week.

"Despite some media reports, at no point did any legislative draft propose 'defunding the police,' " according to a joint statement from the two groups. "In fact, the legislation specifically provided additional funding to assist law enforcement agencies in training, agency accreditation, and data collection initiatives."
Scott said last week that he was "not going to be part of defunding the police" after bipartisan negotiations fell apart, and said that disagreement was over tying grant money to cooperating with the reform efforts.
The South Carolina Republican had spent some six months with Democratic Sen. Cory Booker and Rep. Karen Bass trying to hash out a deal that could win 60 votes in the Senate, but talks were stymied by a number of complicated issues like qualified immunity, a legal doctrine that protects police officers from being sued in civil court.
The joint statement from the FOP and the IACP said the bill would have "strengthened the law enforcement profession and helped improve the state of community police engagement without compromising management and officers' rights, authorities, and legal protections."
"Our organizations remain steadfast in working with all interested parties who are willing to take a fact-based approach to enact effective and lasting change, to avoid a patchwork of state laws that do not provide uniform standards and guidance to the policing profession," the two groups said.
"The IACP and the FOP will continue to embrace the challenge, instill strong values into our agencies at all ranks, and hold ourselves accountable for our actions, in order to build a more cohesive and safer future for our communities."
Asked about Scott's comments on CNN's "State of the Union" Sunday, Booker stressed that the legislation being discussed "would have had millions of dollars for police departments" and said "this is not a time for partisanship."
"I talked to the members of the families, this week of those who were unfortunately murdered by police officers. And they were very generous saying, 'We're glad you held the line on certain things.' It's a shame when you have leaders of law enforcement who were there with you, but we couldn't get it all the way."
The breakdown in negotiations underscores how far political momentum has drifted from earlier this year, when policing talks were seen by many on the Hill as having the best chance of actually turning into bipartisan legislation.
Scott told CNN last week he had suggested moving forward with a "skinny" version of the bill because the congressional negotiators had agreed on some points.
"To think that we had a chance to really refund and resource some of the priorities that would make these neighborhoods safer and healthier and better, to walk away from that because of what was on the table is hard," he said.
POST YOUR OPINION
CNN.COM
https://www.cnn.com/2021/09/28/politics/police-negotiations-tim-scott-fop-iacp/index.html?utm_source=feedburner&utm_medium=feed&utm_campaign=Feed%3A+rss%2Fcnn_allpolitics+%28RSS%3A+CNN+-+Politics%29