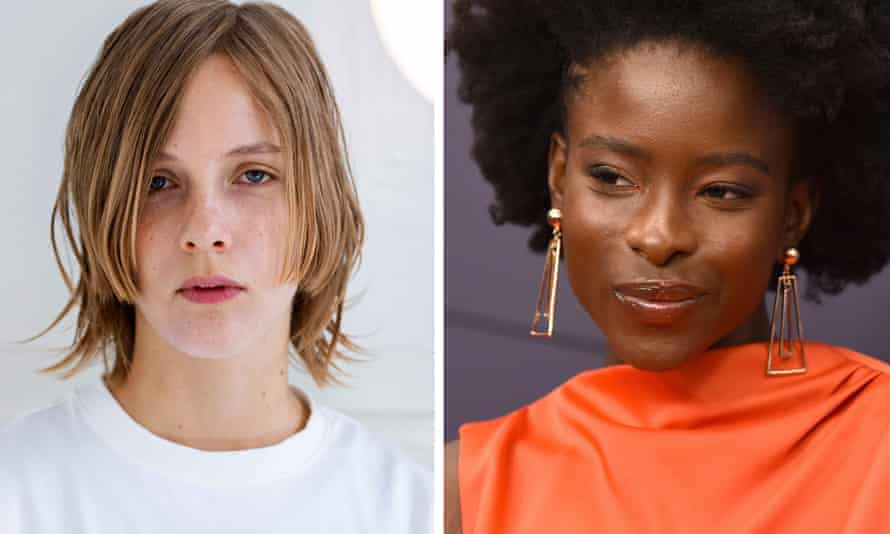 The acclaimed author Marieke Lucas Rijneveld has pulled out of translating Amanda Gorman’s poetry into Dutch, after their publisher was criticised for picking a writer for the role who was not also Black.

Dutch publisher Meulenhoff had announced Rijneveld, winner of the International Booker prize, as the translator of the Joe Biden inaugural poet’s forthcoming collection, The Hill We Climb, last week. But the move quickly drew opprobrium. Journalist and activist Janice Deul led critics with a piece in Volkskrant asking why Meulenhoff had not chosen a translator who was, like Gorman, a “spoken-word artist, young, female and unapologetically Black”.

“An incomprehensible choice, in my view and that of many others who expressed their pain, frustration, anger and disappointment via social media,” wrote Deul. “Isn’t it – to say the least – a missed opportunity to [have hired] Marieke Lucas Rijneveld for this job? They are white, nonbinary, have no experience in this field, but according to Meulenhoff are still the ‘dream translator’?”

Rijneveld had previously welcomed the assignment, saying that “at a time of increasing polarisation, Amanda Gorman shows in her young voice the power of spoken word, the power of reconciliation, the power of someone who looks to the future instead of looking down”. But in a statement, they subsequently announced their withdrawal from the project.

“I am shocked by the uproar surrounding my involvement in the spread of Amanda Gorman’s message and I understand the people who feel hurt by Meulenhoff’s choice to ask me,” Rijneveld wrote. “I had happily devoted myself to translating Amanda’s work, seeing it as the greatest task to keep her strength, tone and style. However, I realise that I am in a position to think and feel that way, where many are not. I still wish that her ideas reach as many readers as possible and open hearts.”

Meulenhoff said it was Rijneveld’s decision to resign, and that Gorman, who is 22, had selected the 29-year-old herself, as a fellow young writer who had also come to fame early. “We want to learn from this by talking and we will walk a different path with the new insights,” said the publishing house’s general director Maaike le Noble. “We will be looking for a team to work with to bring Amanda’s words and message of hope and inspiration into translation as well as possible and in her spirit.”

“Thank you for this decision,” Deul wrote on Twitter.

Gorman, the first national youth poet laureate in the US, gave a tour-de-force performance of her poem The Hill We Climb at Biden’s January inauguration, hailed by names from Michelle Obama to Oprah Winfrey. Her forthcoming books, The Hill We Climb and children’s book Change Sings, subsequently shot to the top of book charts.

The woman told the New York Times about an uncomfortable encounter with Cuomo at a wedding as the governor faces a sexual harassment investigation.

As New York Gov. Andrew Cuomo (D) faces an investigation over his alleged sexual harassment of two former aides, a third woman came forward with an account of his unwanted advances.

Anna Ruch, 33, told The New York Times that she met Cuomo at a wedding in September 2019 where the governor placed his hand on her bare lower back, then, after she removed it, brought his hands up to both of her cheeks and allegedly asked if he could kiss her. She pulled away.

“I was so confused and shocked and embarrassed,” Ruch told the Times, which included a photo of Cuomo holding her face in its report. “I turned my head away and didn’t have words in that moment.”

Cuomo’s office did not immediately respond to a request for comment.

Unlike the two other women who have come forward with accusations of sexual harassment against Cuomo, Ruch was not his employee (she previously worked for the Obama administration and the 2020 Biden campaign). But her story is part of an emerging pattern of accounts of Cuomo making nonconsensual advances on younger women.

Last week, Charlotte Bennett, a 25-year-old former aide to Cuomo, told the Times that Cuomo, who is 63, asked her inappropriate questions about her sex life, including whether she “had ever been with an older man.” And former staffer Lindsey Boylan wrote in a Medium post that Cuomo had kissed her without her consent while she was working for him in 2018 and that he had asked her to play strip poker in 2017.

Cuomo denied Boylan’s allegations and said Saturday that he meant to be a mentor for Bennett. In a statement Sunday, Cuomo acknowledged that “some of the things I have said have been misinterpreted as an unwanted flirtation. To the extent anyone felt that way, I am truly sorry about that.”

Former aide Bennett noted in an interview Monday with the Times that “it took the governor 24 hours and significant backlash to allow for a truly independent investigation.”

“As we know, abusers — particularly those with tremendous amounts of power — are often repeat offenders who engage in manipulative tactics to diminish allegations, blame victims, deny wrongdoing and escape consequences,” Bennett said. “These are not the actions of someone who simply feels misunderstood; they are the actions of an individual who wields his power to avoid justice.” 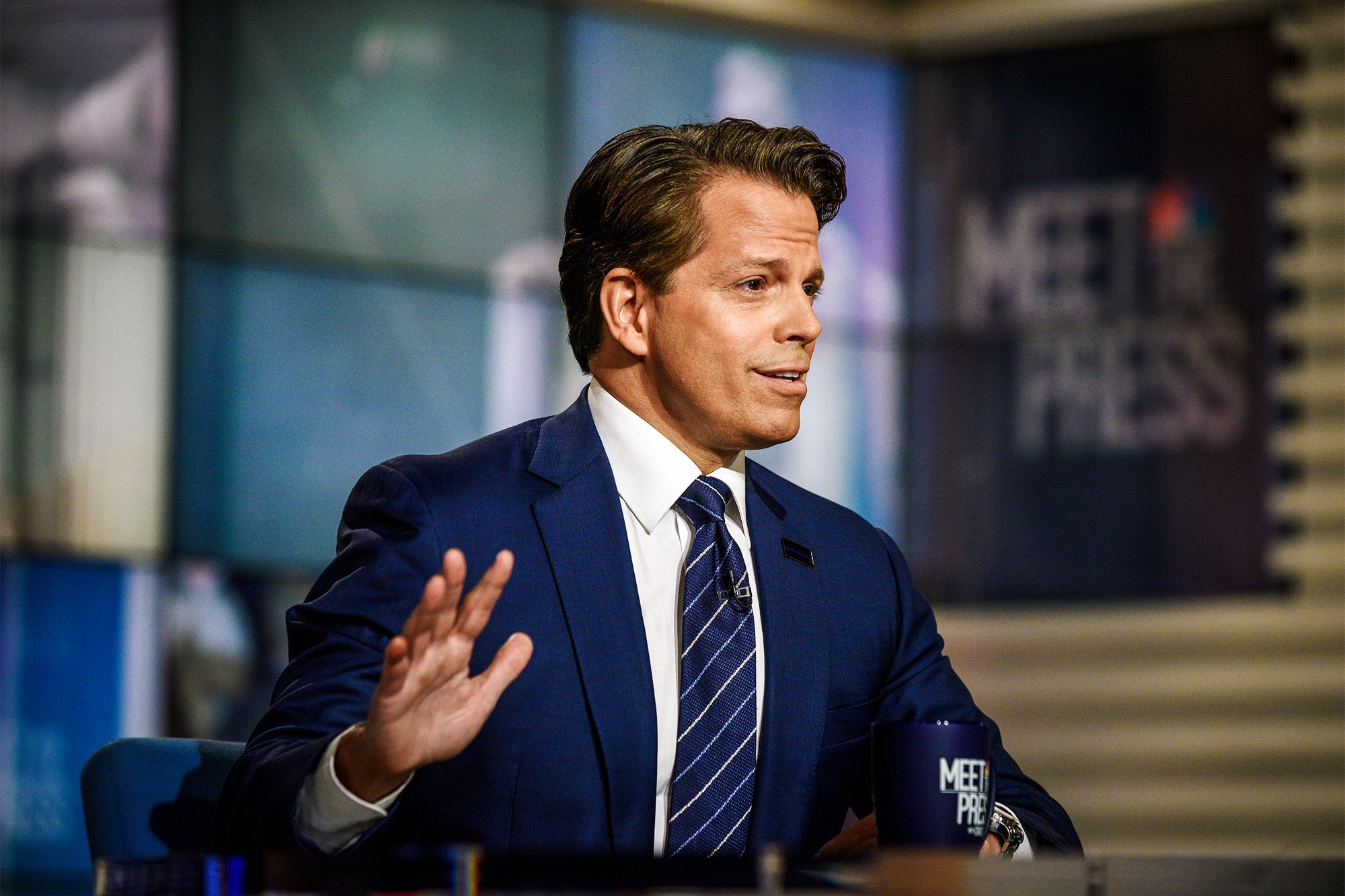 “This is the most money he’s ever made,” notes Trump’s former pal and current critic.

“I think he’s going to run in 2024 because this is the most money that he’s ever made,” Scaramucci told Alex Witt on MSNBC.

“Just imagine making $300 million off of these rubes that he’s conning after the election with his big lie” that the vote was rigged, Scaramucci added. “So he’ll run again in 2024.”

Trump pulled in at least $255 million in political donations ostensibly to battle the results of the presidential vote in the eight weeks following the 2020 election, according to the latest federal filings.

Will Trump “go to the finish line? Maybe not,” Scaramucci said. “There are 10 or 12 Republicans that see themselves as a future president. They’re going to try to find ways to undermine him. ... So I don’t know if he gets to the finish line. But why would he not run and raise money off the rubes that he’s raising money from [now]?”

Check out Scaramucci in the video clip up top, and the “conning” at 2:44.  https://www.youtube.com/watch?v=IwaTE565Kqo&feature=emb_imp_woyt